INVICTUS GAMES DUSSELDORF 2023
KICKS OFF ONE YEAR TO GO

Today, INVICTUS GAMES DUSSELDORF 2023 kicked off One Year To Go.

In the afternoon, The Duke and Duchess of Sussex arrived in the Market Square in Dusseldorf, where they unveiled the Games motto, ´A HOME FOR RESPECT´alongside two former competitors, Steffi Schenke, her service dog “Loki” and Lorraine Grosse-Fintrop. After, they joined a reception at City Hall, where they signed the Golden Book of of the City of Düsseldorf for distinguished visitors. Then, they joined potential competitors, volunteers and friends and family members on a boat trip up the river Rhine to the MERKUR SPIEL-ARENA.

“At its core, Invictus is about meeting our military men and women with the respect they deserve. It´s about assembling not just a platform but a home – a safe and supportive place to show the world who they are and what lives in their hearts,” said Prince Harry, The Duke of Sussex. 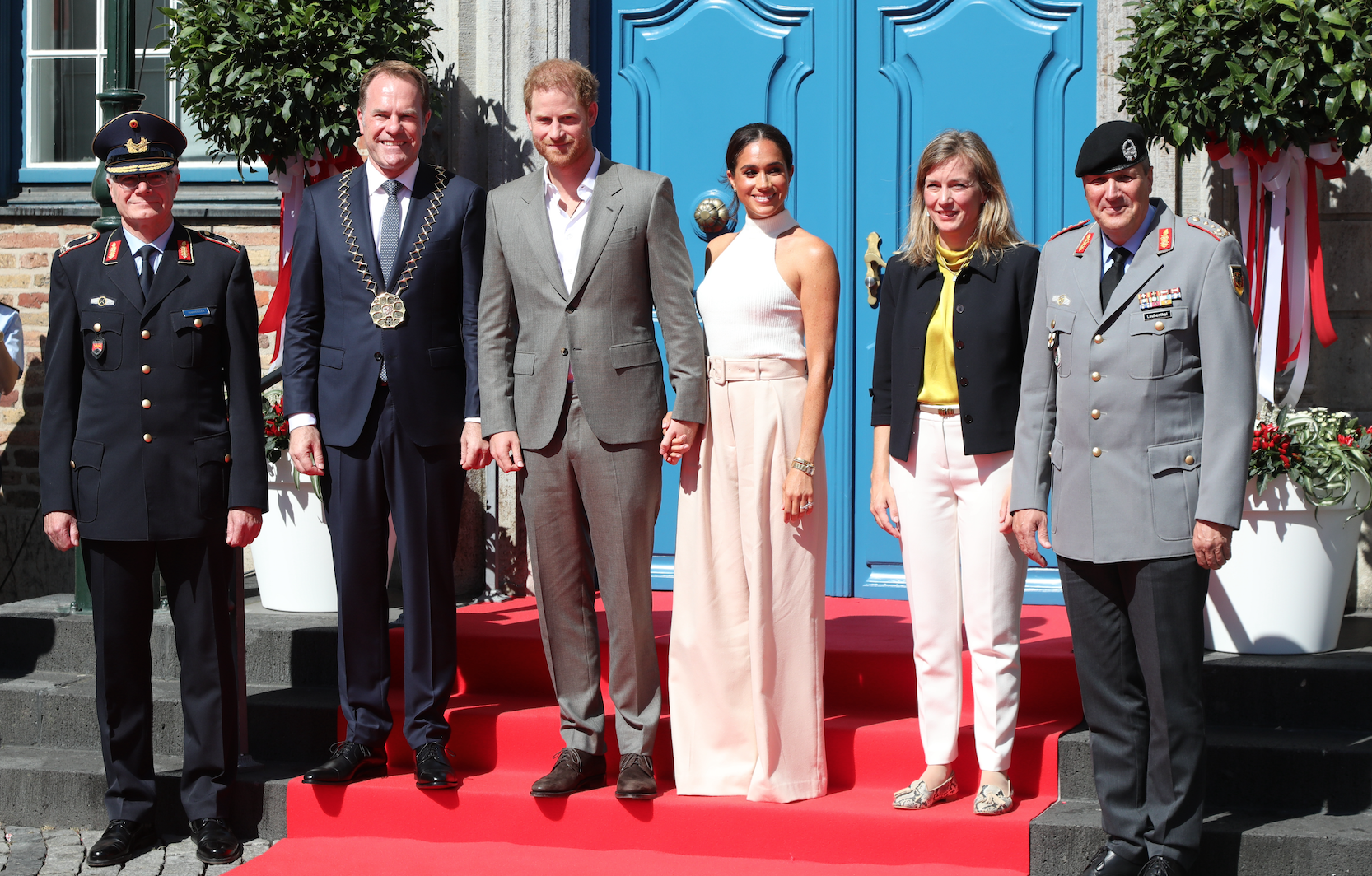 Later in the day, INVICTUS GAMES DUSSELDORF 2023 will host a press conference featuring remarks from: Dr. Stephan Keller, Mayor of the City Düsseldorf, Siemtje Möller, Parliamentary Secretary at the Ministry of Defence and Lt General Markus Laubenthal, Deputy Chief of Defence and Prince Harry, The Duke of Sussex, among others.

From 9 to 16 September 2023, the INVICTUS GAMES DÜSSELDORF 2023 will bring together around 500 wounded, injured and sick servicemen and women from 21 nations and approximately 1,000 Family & Friends for a special sporting event in Düsseldorf: Under the motto ‘A HOME FOR RESPECT’, they will compete in ten different sports in an adaptive sports competition. They all share a similar fate: They have suffered injuries sustained during deployment and in the line of duty, or due to physical or mental illness, and they are fighting their way back into life.

The motto ‘A HOME FOR RESPECT.’ is to spread from Düsseldorf to the whole of Germany, and the wider Invictus community. The citizens will gain new perspectives on the social role and significance of the people in the armed forces.

“Düsseldorf lives respect. In one of the largest federal states, Düsseldorf as the state capital fully supports the statement that commitment deserves respect – for all who serve in uniform. With our excellent infrastructure and the MERKUR SPIEL-ARENA, Düsseldorf is well equipped to offer a unique experience to more than 500 competitors and their families,” says Dr. Stephan Keller, Mayor of the City of Düsseldorf.

“There is a lot of talk about the Bundeswehr, but often servicemen and women are not seen as part of society, as individuals. It is about people who are at the heart of society, who serve their country, preserve peace, protect others and stand up for our democracy. We want to give our servicemen and women the attention they deserve,” says Siemtje Möller, Parliamentary State Secretary to the Federal Minister of Defence.

You will find further information and visual material in our Invictus press room. 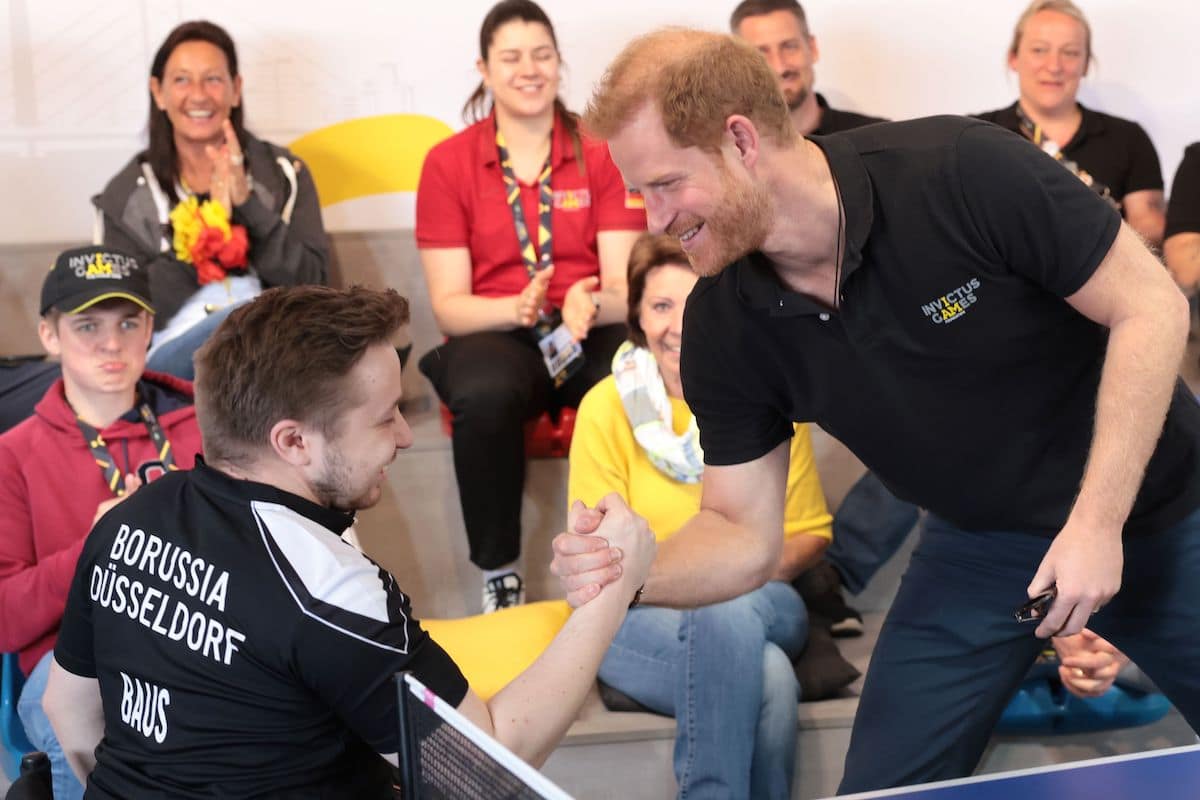 About the INVICTUS GAMES DÜSSELDORF 2023:
Initiated in 2014 by Harry, Duke of Sussex, the Invictus Games will be held in Germany for the first time in 2023. The project, supported by the German Armed Forces together with the City of Düsseldorf, is intended to be a unique celebration of optimism and inspiration. One of the main goals of this international sports competition is to give soldiers (both active and former) who have been wounded, injured or have fallen ill in body and soul greater visibility and recognition in society and to support them on their way to rehabilitation. Germany expects about 500 competitors from more than 20 countries. They will be accompanied by about 1,000 “Families & Friends”. The event will take place in Düsseldorf under the motto A HOME FOR RESPECT.